I didn’t go to work today.

After a couple of hours and a couple cups of coffee, I finally broke out of the…trance…I was in. I texted my boss and told him that I wasn’t feeling well; that things started yesterday afternoon and that I had really hoped I would feel better by now. I told him that if he really needed me to I could probably come in, but I really preferred to stay home. The only lie was about when it started, but even I couldn’t really tell you when that was. 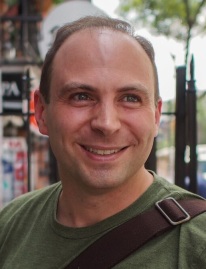 with depression is likely pretty typical. It seemed to start out early on with self-esteem issues. I’d put myself down to try to be funny and to keep others from doing it first. I finally recognized it for what it was, but thought I could work it out on my own. And I did a decent job for awhile. I made a sincere and conscious effort to be more positive, especially about myself. I remember that things were going really well for me right around my high school graduation. And then they weren’t. The classic crushing end to that “first love” relationship just before moving away to start college – and the downward spiral started again.

The ups and downs continued for many years. I finally went on citalopram (Celexa) when I was in pharmacy school and told myself that it was because of the stress of the program. I think it helped, but I did feel a little flat. I graduated, passed my boards, and started making a good living. Life was good. I didn’t need to be on these meds anymore I told myself. It was just a passing thing. So I started my taper.

Holy misery. I wouldn’t wish that on anybody. But my desire to prove that I didn’t need the meds was even stronger than the irritability, headaches and transient vertigo. My stubbornness knows no bounds. I’ve actually used this as an excuse to avoid getting help. “I don’t want to go back on meds because I don’t want to deal with the withdrawals when I inevitably decide to not be on them again.”

I’m a pharmacist. I know that the mental health stigma is a bunch of garbage. I know that it can often be attributed to hormonal imbalances. I counsel patients and have close friends on antidepressants, and I encourage them and stress the benefits. But when I look in the mirror, when it comes to me…well, I judge. I judge myself a lot. I feel weak, like I’ve done something wrong, like I’m inadequate in some way, and that’s the reason I feel so badly. I know that I’m wrong, that I’m not being fair to myself, that I’m being an asshole for holding myself to some higher standard that, quite frankly, isn’t possible. And yet I judge.

People talk about taking “mental health days” from time to time, but what they’re generally referring to is a surprise day off from the stresses of the job. Maybe they’ll get caught up on some personal things. When you’re actually in the throes of a depressive episode though, it’s not a vacation day – it’s a legitimate sick day. You feel ill. Normal functioning is virtually out of the question. That’s what many don’t understand. I spent the majority of the day just trying to get up off the couch and do something. Anything.

The day wasn’t a total loss. Late in the afternoon I made an appointment to see a doctor in a few days. I tried for today, but there just wasn’t anything available other than an urgent care clinic, and that wasn’t gonna cut it. Let’s face it – I knew it was only a matter of time before I crashed again. It’s not like I didn’t know it was coming. I just delayed dealing with it. I’m not going to half-ass it now.

I’m going to that appointment. I’d say that just having that attitude makes the day a (slight) net positive. These things…these feelings – they come and go like waves. Most of the time it’s just a trickle in either direction. Sometimes the bad stretches are only a day or two. Most of the time you can fight through it to at least function somewhat normally. Other times, well….other times you don’t go to work.

I’m going to that appointment.

Ben Nadeau is currently a pharmacist in the New York City area. He received an English degree from Providence College in 2000 and his Doctor of Pharmacy degree from the Massachusetts College of Pharmacy and Health Sciences in 2008.

One thought on “Coping with Depression as a Pharmacist”