I don’t remember exactly when I started taking Zoloft—it wasn’t because of a mental health crisis, but what seemed to be a sneaky low-level depression of long duration. What I do know is that nearly two decades ago (for reasons I also can’t remember), I decided on my own to wean myself from it. But a perfect storm of the sad ending of a long-term relationship, and the stress of wrapping up a difficult job, brought unmedicated me to my knees. 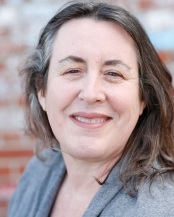 For a few days, I was a mess. Klonopin (an anti-seizure med also sometimes used to treat acute depression and anxiety) got me back up to a manageable baseline until the Zoloft kicked in. I continued to take it faithfully, if somewhat erratically (forgetting more doses than one should), until this past fall.

My therapist had suspected for some time that the Zoloft had basically pooped on out me, which is not uncommon with anti-depressants. I was probably no longer getting much benefit from it. I finally got myself to a psychiatrist (why did it take me so long?) and we agreed that (this time under a doctor’s supervision) I would slowly decrease the Zoloft and slowly ramp up the Effexor, which both he and my therapist thought might be effective. (For those playing along at home: It is.)

Of all the feelings you might predict, you’ll be probably be surprised, as I was, that I began feeling wistful, even sad.

I was saying goodbye to Zoloft.

Cumulatively, I’d been on it for well over 20 years. It had accompanied me through my first serious relationship; my first job after rabbinical school (chosen largely because of its proximity to my then-boyfriend); a move back to work at the university I’d attended as an undergraduate; and onward as I met the love of my life, started a new career path, got married and became a stepmother of three, experienced miscarriage and full-term pregnancy and having twins. It had seen me through marital challenges and celebrations, the death of my brother, and my aging parents’ health issues.

I remembered once noting, to a previous therapist, that I’d been running into the same person in the waiting room each week before my appointment. She told me that another patient had a similar experience over many years, leading him to joke (wryly, but not inaccurately): “That’s my most consistent relationship.”

Mine had been with Zoloft. Whether or not the relationship was serving me anymore, no one and nothing had been with me through so much with the same loyal consistency. It was a link to most of the key points on the timeline of my adult life.

I joked with my current therapist that maybe I should have some kind of ceremony to say goodbye. She, of course, chose to take the suggestion half-seriously, and respecting her, I half considered it. But I knew that I wasn’t going to need a ritual to help me move on. I had just needed to acknowledge the sense of loss, however funny (both “funny weird and funny ha-ha,” as we said in my family of origin), associated with leaving behind a pale oblong pill that had been connected to my well-being for nearly half my life.

I’ve never found troubling the idea that I will likely always benefit from anti-depressants. I feel very lucky to live in a time when chemical supports are available for people with many different psychological and psychiatric profiles. I’m a big believer in using medication when it can be helpful. And I talk relatively freely about being on anti-depressants precisely for that reason–because I know that, for many people, there is still a stigma that keeps them from pursuing or accepting medication that could really, really help. Each spoken or silent “you take anti-depressants?”—even in 2016—helps chip away at the idea that it’s only for other, very different people.

I don’t expect I’ll ever wean myself from meds for good. Because, well, it wouldn’t be good. If my fate is to be in serial medicinal monogamy, then I hope that Effexor—just like Zoloft before it—will serve me well for many years. If it stops working, I hope there will be another good and safe drug to take its place—like the others, not changing my personality, but raising the lowest lows and supporting my mental health.

Rabbi Sue Fendrick is an editor, writer, teacher, and spiritual director. A graduate of Brown University, she received rabbinic ordination in 1995 from the Jewish Theological Seminary of America. Her writing has appeared in numerous books and publications. She lives in Newton, MA with her husband and children.

One thought on “Goodbye, Zoloft”