My name is Daniel Bergstresser. I am an economist and a tenured professor of finance at Brandeis University. I live in Boston and am married, and have two small children. I want to come out into the open about my diagnosis with bipolar disorder.

My diagnosis came in 2014, when I was forty years old. I was suffering from a severe case of pneumonia, which was complicated by asthma. My doctor prescribed a large dose of prednisone to treat the asthma. 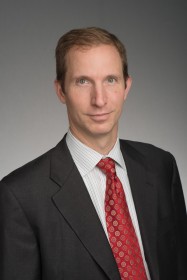 The large dose of prednisone immediately caused psychosis – specifically mania. My subjective experience during this manic episode was that I was receiving a message directly from God. This subjective experience combined uneasily with my objective knowledge that I had taken medicine and was ill. The message that I felt that I was receiving was straightforward: ‘love everyone.’ In my manic episode, this message carried a very powerful force. I said at the time that it felt like the sun was dawning inside of my head. It was extremely powerful.

The path back from this first manic episode has not been straightforward. I have experienced two more manic episodes since then, both of which coincided with periods of stress. The subsequent manic episodes, though less severe than the first, have been subjectively experienced as potent reinforcements of the ‘love everyone’ commandment of the first episode.

These episodes have led to hospitalization for a total of three weeks. The doctors’ theory is that the prednisone turned a latent undiagnosed hypomanic temperament into full-blown bipolar disorder, with a tilt towards mania. The effect appears to have been permanent, although I manage well now with a combination of drugs (Abilify) and different kinds of therapy. It is interesting to contemplate the extent to which my success in life so far has been a consequence of the fact that I spent the first 40 years of my life with undiagnosed hypomania.

Now that I have been diagnosed with bipolar disorder, and have spent some time confined on a locked hospital ward, I appreciate that mental illness carries a stigma. I am embarrassed that it took experiencing the illness myself for me to appreciate the power of this stigma. I believe that the stigma kills people – it kills by preventing people from getting the help and support that they need. I believe that I have a responsibility to come out into the open as a person who suffers from bipolar disorder. My goal is to help reduce the stigma associated with illness.

My acceptance of my bipolar diagnosis coexists with an acceptance of the ‘love everyone’ message that I have received so powerfully during my manic episodes. This requires a certain amount of disassembly and reconstruction of my life and ways of thinking. For example, what parts of my life are consistent with or inconsistent with truly loving everyone?

This is ongoing work for me. Therapy, medication, my family and my faith community have been extremely helpful for me in the past two years. I have also benefited from becoming more aware of the ways in which current Western approaches to mental illness represent just one possible set of approaches to dealing with a complex phenomenon. In other times and cultures, experiences like mine might be viewed more as cause for celebration than as a sign of ill health. My own views on this experience are complicated, but I am ever more grateful to a very loving God.

Daniel Bergstresser is an Associate Professor at the Brandeis International Business School, and serves as Area Head for the finance faculty at Brandeis. His research focuses on municipal finance and on the impact of taxation, regulation, and market structure on financial markets. He earned a Ph.D. in Economics at MIT, and earned an A.B. at Stanford.